Enter your name and email and I’ll send you my FREE training:

If you have been anywhere on-line or watching tv, you probably have had the chorus from the Disney hit “Frozen” in your head.

I know I have… in fact, it’s still there (“Let it Go! Let it Go! Can’t hold it back anymore…I don’t care, what they are going to say… cold never bothered in anyway!)

If you still don’t know what I’m talking about, check out this cover by Idina Menzel, Jimmy Fallon, The Roots ==>CLICK HERE!  …That was cool, huh?

Although the song is a bit of an earworm, it does make a good point.  We should let it go.  Let go of the negative thinking that we hold on to.

Let me give you an example.  When I was working in corporate, I used to have a boss who would put down any new ideas for improvement.  He would tell you immediately why it wouldn’t work in our organization and what was wrong with the idea.  It was his idea of “coaching” his team to be better.

The first time he publicly tore down one of my ideas,  I felt it.  I mean I REALLY felt it.  I was embarrassed.  I was angry.  I was sad.  And instead of letting it go, I let it fester.  I just kept thinking about it for DAYS.  I couldn’t believe I was publicly humiliated for an idea.  Each time I would think about it, I got more ticked.

You see, instead of being proactive, I was letting one person’s view taint my own perception of who I am.

How much time and energy I wasted on one person’s opinion? And he was WRONG!

It took me a week or so, but by the next team meeting I was back to providing my opinion.  And I got shot down again.  So, it was clear OLD SCHOOL BOSS wasn’t going to change.  So, I had to figure out a way to react differently and in a way that served me.

Here’s my strategy for you:   BRUSH AWAY THE NEGATIVITY

OLD SCHOOL BOSS: “That’s one approach, Beena… but you are missing the bigger picture.”    (Ouch.)

2) Figure out if there’s any kernel of wisdom in the comment.

NEW SCHOOL ME (Thinking to myself): “Next time, I will think about what the idea would mean for the company overall.”

3) Understand the rest of the negative comment is GARBAGE and you need to let it go!

4) Reset Yourself.  (See the short video below for exactly HOW!)

Check out this video how to from my “30 days to Get It Done!” Series (click on the picture below for video) 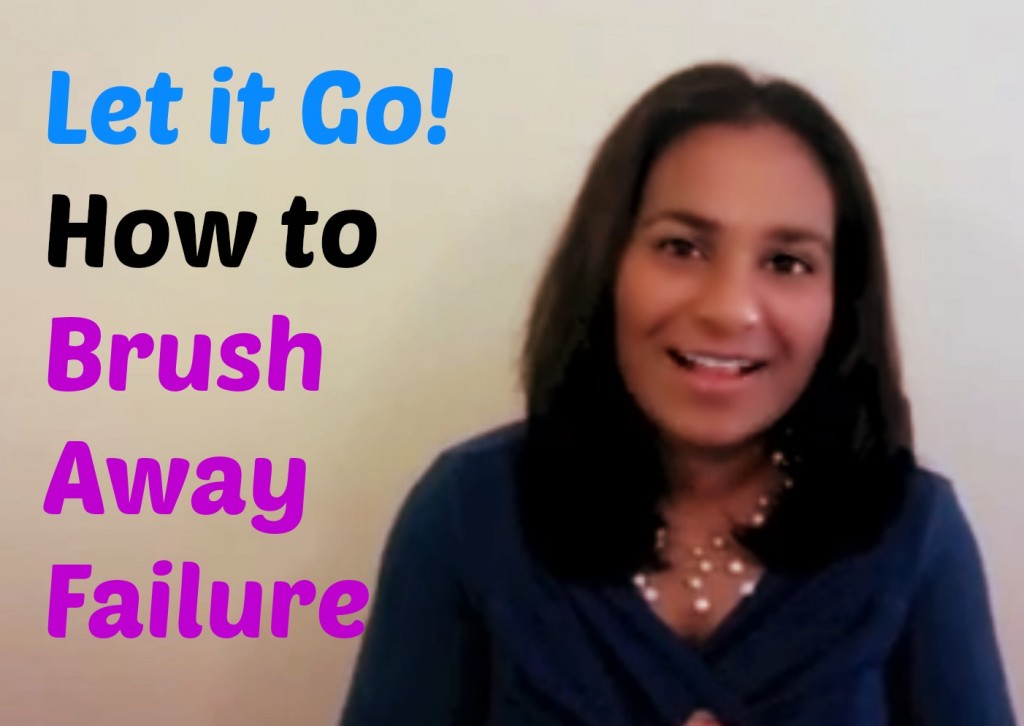 Join the Get It Done Challenge! Success Training in your Inbox. >>>>It's FREE!